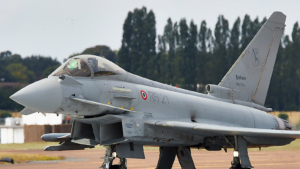 The EUROFIGHTER “Typhoon” is a fourth-generation multi-purpose fighter aircraft developed in joint production by Germany, Great Britain, Italy and Spain.

The single- or two-seater jet has two powerful engines as well as state-of-the-art navigation and control systems (fly by wire), which ensure particularly good manoeuvrability at low speed and high manoeuvrability.

Aeronautica Militare Italiana is also one of the operators of the Eurofighter Typhoon. The Eurofighter replaced the Lockheed F-104S “Starfighter” in the air defense role. The Tornado F3’s leased by Great Britain will also be replaced.
For the time being, the on-board cannon, AIM-9L, IRIS-T, AMRAAM and METEOR is intended to be used as armament for the Eurofighter Typhoon. Later, air/ground armament (GBU 16) will be added for multi-role use. 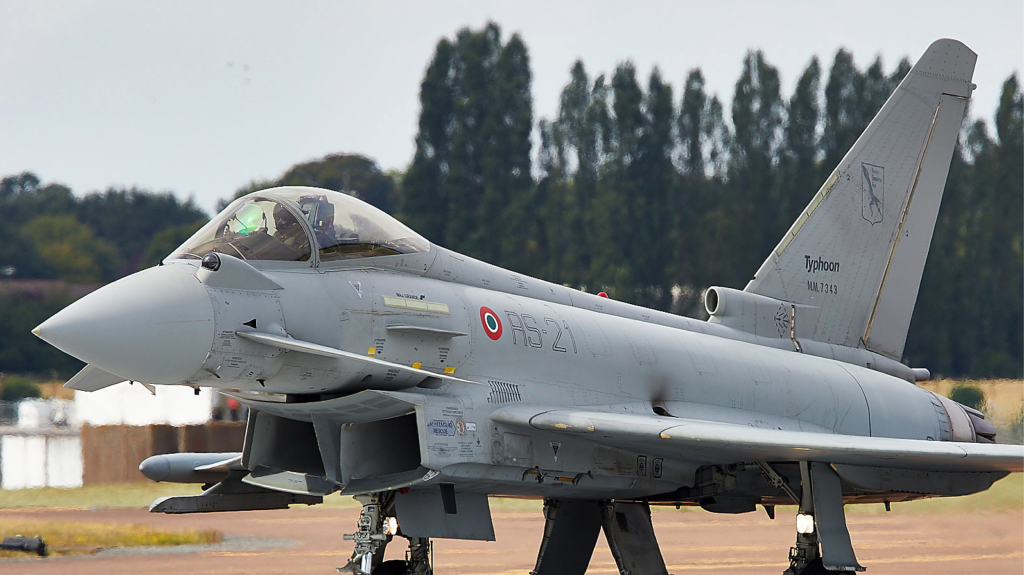